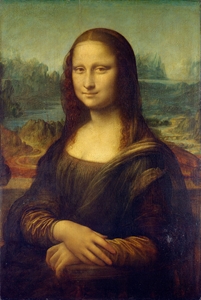 The testo 160 makes it easy to monitor the humidity and temperature of art galleries.

One of the most famous paintings in the world was almost taken as a proverbial prisoner of war.

The Mona Lisa, painted by Leonardo da Vinci nearly 500 years ago, is perhaps the best known work created by any artist. Jacques Jajuard, director of France's National Museums during World War II, protected it from thieves, but almost lost the priceless painting to cirumstances out of his control: Humidity and temperature fluctuations. It was a situation where the testo 160 WiFi data logger series would have been invaluable.

After Germany invaded Poland in September of 1939, it was clear to Jajuard that the priceless paintings housed in The Louvre would be pillaged should the war reach France. The director subsequently rounded up over 3,600 works of art and nearly 200 people transported them to the Loire Valley, according to Mental Floss.

In November 1939 the works of art were moved yet again to safe storage. The director had to be meticulous about the conditions the Mona Lisa was kept in; it wasn't enough just to keep it away from thieves. Humidity, temperature and light all affect oil-based paintings and sculptures differently. Deterioration can set in quickly in the wrong setting and if that had happened, Jajuard's efforts would have been all for naught.

To keep the Mona Lisa from being damaged during transport, a curator sat with the painting during its trip in an armoured car. The cabin was sealed to prevent fluctuations in humidity, and reports say this almost led to the occupant dying from lack of oxygen, according to Mental Floss.

Jajuard's actions underscore the importance of temperature and humidity monitoring in art galleries. While his main goal was to move the artwork away from thieves and warfare, he never forgot the importance of preserving the integrity of the paintings.

Fortunately for modern day museum employees – though too late for the curator that sat with the Mona Lisa – maintaining optimal conditions has become easier than ever before. The testo 160 WiFi data logger series was built specifically to alert staff of any fluctuations in humidity, temperature or light through the use of internal sensors.

Manual methods of doing so are outdated. Consider this: Relative humidity can be maintained at the recommended 50 per cent throughout the interior of the room, but can range from 30 to 100 per cent behind the painting, a study from the Smithsonian Museum Conservation Institute found.

Don't take any chances with your paintings. Contact a Testo representative today to learn more about the testo 160 series.